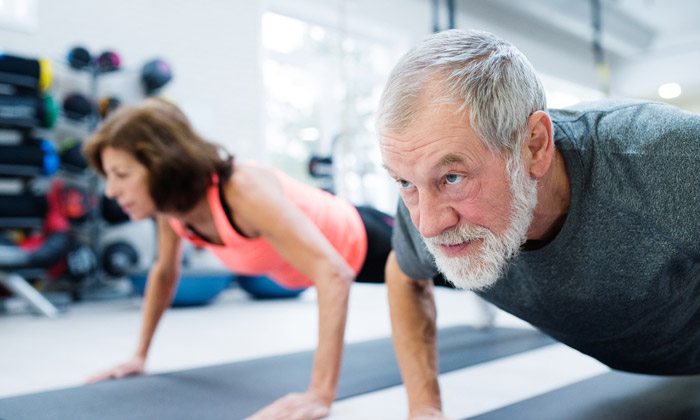 An elbow that will not entirely straighten can be quite frustrating when it comes to performing closed kinetic chain exercises such as push-ups and yoga poses (such as the “downward dog”). This loss of full range of motion can make the lengths of the arms functionally uneven, making closed kinetic chain activities awkward and in some instances increasing the risk of additional injuries.

How does an elbow contracture occur? Here are some of the most common reasons.

1. Direct blunt trauma such as a fall on to the elbow often results in the accumulation of blood and scar tissue in and around the joint capsule. The accumulation of these materials along with the inflammation that accompanies an injury can act as a physical block to motion.

2. Fractures, dislocations, or other elbow injuries which require surgical intervention and subsequent immobilization of the elbow in a cast or brace can indeed be problematic. In these cases many of the soft tissue structures surrounding the joint become stiff, and muscles that cross the elbow joint (such as the long head of the biceps) can become “accommodatively short” depending on how the arm is immobilized.

3. Genetic, or naturally occurring anomalies in the shapes of the boney joint surfaces of the elbow joints (such as the olecranon process of the ulna, and/or the capitellum or trochlea portions of the distal humerus) have the potential to cause structural defects that limit ranges of elbow motion. In these cases it is common to see both elbows lacking the ability to straighten without the presence or history of injuries. An x-ray should be able to confirm this, and unfortunately there is often very little that can be done about these types of naturally occurring limitations.

To elaborate on the concept of elbow trauma and the structures involved, let us take a look at a few of the anatomical structures that can be potential culprits.

Above we can see an illustration of the anterior view of the elbow joint. Note the translucent elbow joint capsule that is colored pink. This is the soft tissue structure mentioned in point #1 that encapsulates the joints of the elbow. This capsule can become inflamed with blunt force trauma resulting in blood accumulation inside the capsule. The result is often the crowding of an already tight space.

Secondly, if the elbow is forced to stay in a semi-flexed position for a long period of time such as with casting or immobilization, the capsule can actually “fold in” on itself and thus develop creases that are hard to straighten out. A similar phenomenon for comparison sake involves the phenomenon of cooking dough. If one flattens out cooking dough and then proceeds to fold part of the dough over on itself, it can be quite difficult to re-flatten the dough due to the inherent stickiness of the material.

Next, in our second illustration we have superimposed the brachialis muscle over as it commonly appears in the anterior view of the elbow (seen in red). Note how a significant portion of the brachial tendon and muscle lie directly over the elbow capsule. When the elbow is kept immobilized for long periods of time, the brachialis muscle can become partially adherent to the underlying capsule from lack of movement.

Lastly, we have superimposed the two portions of the biceps muscle on top of the brachialis muscle. Because of the layering, the biceps really does not have the chance to get stuck onto the elbow joint capsule. The long head of the biceps (along with other muscles) however do tend to become accommodatively short when the elbow is stuck in a bent position for long periods of time. Recall that muscles are a unique form of tissue in that muscles prime function is to lengthen and shorten in order to move joints. If the biceps for example is placed in a shortened position when the elbow is flexed for long periods of time, it tends to stiffen into that shortened position.

Given all of this information on how the movement of the elbow can easily become restricted, what are the best courses of action to take in facilitating a return of full range of motion?

“Vigorous stretching, whether active or passive, is never permitted…..” (Hand Rehabilitation, A Practical Guide. Page 279, 1998 Churchill Livingstone). Rather than work on aggressively forcing your elbow into extension, try a different approach. There is clinical research that has shown that a more gentle, sustained stretch applied over longer periods of time tends to have a better long-term effect on gaining range of motion.

The above photo shows a simple stretch that can be performed at home. This person has placed a pillow under the forearm and is simply resting the muscles of the arm to allow gravity assisted extension. The hand can be placed palm up, palm down, or neutral. As the elbow allows for more and more extension, simply lessen the amount of cushioning under the forearm so that there remains a light feeling of stretch. If you are able to keep the arm in a relaxed position, you could also drape an ankle cuff weight (a few pounds only) over the forearm in order to add to the stretch, keeping in mind that the perceived amount of stretch should be mild. The goal of this exercise is to gradually increase the total amount of time spent stretching incrementally until the desired effect is achieved. (Some research done in the past suggests that building up to two (2) hours a day is a good idea. This can of course be done in multiple sessions.)

Secondly, if certain muscles that cross the elbow joint have become accommodatively shortened in length, we can work on gently stretching these muscles. As mentioned before, the long head of the biceps is most often an involved muscle. To stretch the biceps, extend your arm off the side of the table and turn your palm so that it is directed towards the floor. There should be no sharp pain in the shoulder with this motion. Hold the stretch for 20-30 seconds and repeat at least three (3) times.

Lastly, having the muscles and the elbow joint worked on by a professional may give the elbow and surrounding soft tissue structures the extra boost that it needs to reach the goal of full extension. If you find that your gains have plateaued, talk to a physical therapist about options that are available to you.