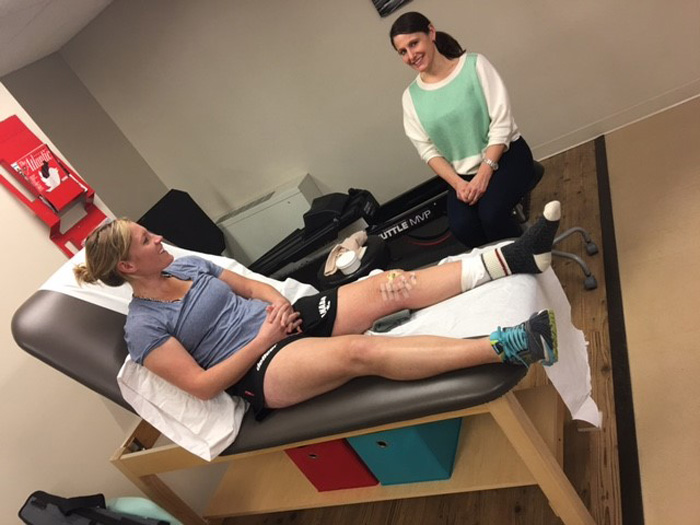 One of the Medical Exercise Trainers affiliated with our practice, Janaye, has just undergone a meniscal replacement surgery. We thought (with her permission) that this would be a great opportunity to chronicle what she is going through during her path to recovery.

The menisci are shock absorbing pieces of cartilage that serve to lessen the loading forces on the knee joint. They are horse-shoe shaped and are contoured to allow the femur (thigh bone) to flex and extend over the tibia (shin bone) with walking and other activities. For a quick read in regards to meniscal debridement surgery rehab, take a look at one of our previous articles: Meniscus Surgery: What Can I Expect?

Most meniscal surgeries involve the removal, or excision, of part of the meniscal cartilage that is torn or otherwise causing irritation. This surgery is one of the most common surgeries performed on the knee. Patients are usually using crutches with partial weight bearing for a week or two following the procedure. Weight bearing is generally encouraged early on in the rehabilitative process.

In some cases, if the blood supply is adequate, surgeons rather than removing the torn portion of the meniscus will instead suture the torn piece back into place. This type of surgery is more delicate and requires the patient to be “non-weight bearing” for up to a month in order to allow the torn portion of the meniscus to heal back into place. In the cases of meniscal debridement and meniscal repair, the scars are usually quite small as tiny cameras and instruments are inserted into the joint line through small holes.

As you can see from the photo below, Janaye’s surgical scars suggest that her case is a bit more involved. 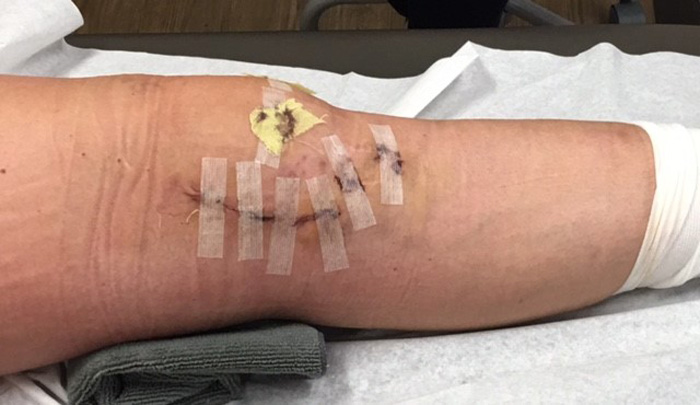 To give you an idea of her previous knee pathology, here is a self-reported list that Janaye has made for us. 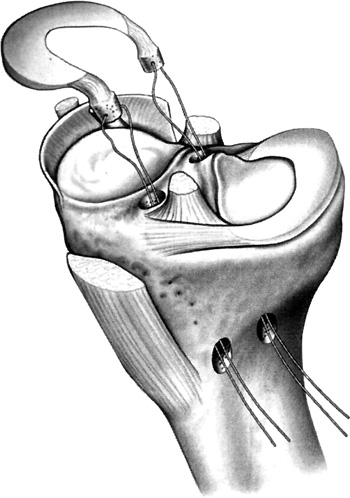 October 2007: ACL (patellar tendon graft) MCL, medial Meniscus repair.
May 2008 – Could not reach full extension, had a scope to clean out scar tissue.
October 2010: ACL repair (Achilles cadaver) Recovered from this surgery and was back to full field play in March 2010.
October 2011: ACL repair (double bundled Achilles cadaver) The surgeon also noticed a tear in the posterior medial meniscus that my previous surgeon missed, hence why the ACL blew. I assume this is the surgeon who removed my meniscus.
August 2012: Hardware removal. The screw from the first surgery was pushing itself out of tibia, causing micro fractures, by far the most pain I experienced.
August 2016: Scope, which diagnosed the missing Meniscus, but a clean joint free from arthritis and cartilage damage, making me a candidate for the Meniscus transplant.

From reading the above, it did appear that Janaye had few options left to her in regards to preserving her knee function. The meniscal replacement, or meniscal transplant, takes an intact meniscus from a donor and implants it into the space where the old meniscus once was.

We can see from the scarring in the photo that this surgical procedure requires that the knee be opened up considerably more. Holes are actually bored through the tibia bone, and the anchors of the donor meniscus are pulled through the bored holes as seen below.

Needless to say, this week Janaye commented during her first therapy session that she felt like “a jack hammer” had been taken to her knee.

Stay tuned as we take you through her before and after photos and rehab progress!