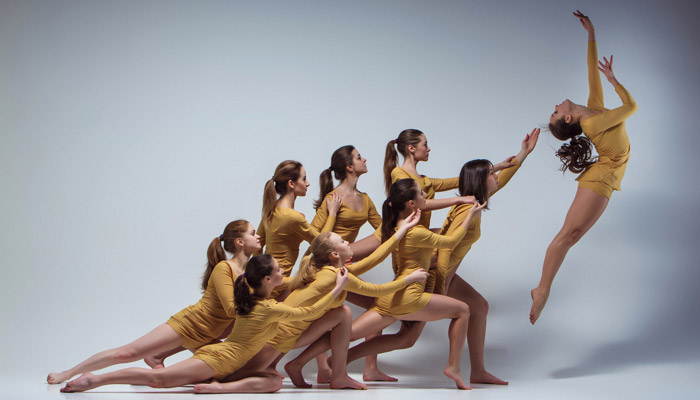 Working in an outpatient orthopaedic setting, a common goal for many of our patients is returning to sports. For many, that means being able to run, jump and change direction quickly. Because of my personal background in dance, my patients probably get very annoyed with me when I begin working on plyometric activities with them, because I am always telling them to quiet down. I am always inadvertently morphing them into ballerinas.

When a ballerina does anything in a high impact fashion such as jumping or running motions, the goal is to land as softly as possible. Nobody wants to hear a herd of antelope rushing across a stage. Aside from keeping the volume down for the audience, a dancer also lands softly to preserve his or her joints. Landing softly or quietly is a side effect to proper shock absorption through the body piece by piece. This is more scientifically known as efficiency in absorption of ground reaction force passing through the kinetic chain.

This particular blog post was inspired by a new animated movie I saw about an orphan girl that wants to be a ballerina. A woman that befriended her decided to try to train her. The first lesson consisted of the little orphan girl standing under a tree that had a bell hanging from a branch. The little girl was told to jump high enough to hit the bell. After only a few tries, the orphan girl found this to be an easy task, so her teacher then poured water around her feet creating a puddle. She then told her to jump high enough to hit the bell, but when she landed, to not splash the water. After some attempts, the orphan girl thought that this task was impossible. She kept trying and became frustrated.

As in your typical cartoon movie, animals – and in this particular case pigeons – began to taunt her. Her frustration grew to the point of throwing an object at the rude pigeons. As feathers were littered through the air, she noticed one feather descending onto a puddle of water from the tip, slowly descending down into finally a horizontal position. She saw the water barely ripple, and she decided to try to land the way the feather did. It worked.

Now, of course, this is a cartoon movie, and we can all agree and understand that a single feather is much lighter than a 12 year old human girl. However, our bodies were designed to absorb shock. Our bodies bend and move in ways to do this, that to me as a ballet dancer seems natural, but it is not natural to most. 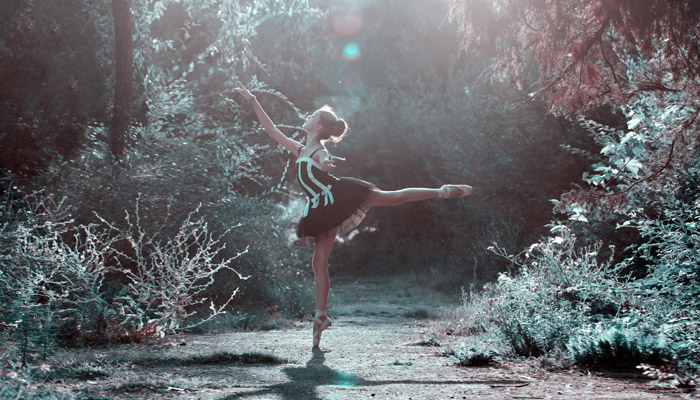 The way a dancer lands from a jump or leap is first through the tips of her toes, slowly rolling to the arch, letting the heel contact the ground. Next the ankle absorbs force by bending. The force continues to travel up the shin into the knee, where the knee absorbs force by bending. This force continues to travel through the bones and joints, slowly diminishing as it travels throughout the body. Any change in the order of which joints absorb force will give the result of increased stress throughout the muscles and joints, as well as increased noise.

When there is increased noise, there is decreased efficiency in the body. For a non-dancer, this is most noticed when jogging or running on the treadmill. 99% of the time I can tell when somebody is a major “heel striker” in their running gait just from hearing them from across the room or from another room.

As a matter of fact, I bumped into the lovely tenant below us one day outside of the office, and he mentioned, “Oh I hear you guys have a new piece of equipment up there. A treadmill, I presume? Some of your clients are very heavy runners…” I was a bit embarrassed, but just had to say, “Yes, we are trying to make them better, more quiet, and more efficient runners.” He smiled and walked off. The fact that he noticed and mentioned it in the most polite way possible, gave me more motivation to make sure that I teach my patients how to run and jump with softer landings.

If you find that you land from jumps or run very hard and your joints are suffering from it, give us a call at PhysioDC to set up an evaluation for one of our friendly therapists to check out your strength, balance and analyze your gait.

• The Dancer’s Warm Up: You’ve Been Doing It Wrong For So Long
• The Anatomy of First Position in Ballet
• Beauty is Pain: Effects of Wearing High Heels
• My Experience in a Cryosauna
• How to Landscape Without Experiencing Orthopedic Injury